Swarm of Eyes vocalist Randy Carter and guitarist Derrik Albertelli appear on the previously unreleased Motokops 2000 track, “Unborn Sin.” Available for listening on ReverbNation, the song gives Swarmies a chance to hear Randy and Derrik in the now-defunct New England metal band in the years before Swarm of Eyes was formed.

That’s right, kids. Once upon a time, before the Swarm were ever a glint in a swarm of, uhh… eyes… There was the mighty, mighty Motokops 2000.

Known as “MK2K” to their legion of fans, the band was renowned for their high-energy live shows. These live performances featured a mix of brutally awesome original metal songs and unorthodox covers. (Have you ever heard hardcore versions of The Weather Girls’ “It’s Raining Men” or Culture Club’s “Karma Chameleon”?! Well!?!?! HAVE YOU!!?!?!)

Comprised of Randy Carter on vocals, Dave Novin on guitar, and a drum machine so damn good it made Neil Peart sound like Peter Criss, the band later expanded to include Derrik Albertelli on guitar, shredding things up alongside Novin’s powerful riffs.

MK2K eventually disbanded when Dave Novin was called to the West Coast to slay giants and train ninjas. Several years later, Swarm of Eyes arose from the ashes as a new metal force to be reckoned with.

As the saying goes, “everything old is new again.” While MK2K will not be reuniting any time soon, a long-awaited follow up to 2003’s … Only Pieces Remain is in the works. “Unborn Sin” is one of several previously unreleased tracks that will appear on the as-yet-untitled album with Producer/Engineer/Programmer/Guitarist Extraordinaire Dave Novin at the helm.

To check out MK2K’s once-and-future material, listen to the band and become a fan on ReverbNation and “like” MK2K on Facebook.

Tweet
Side Projects, Uncategorized - posted on March 30, 2011 by Swarm of Eyes 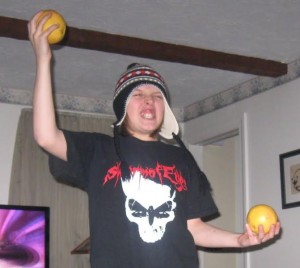