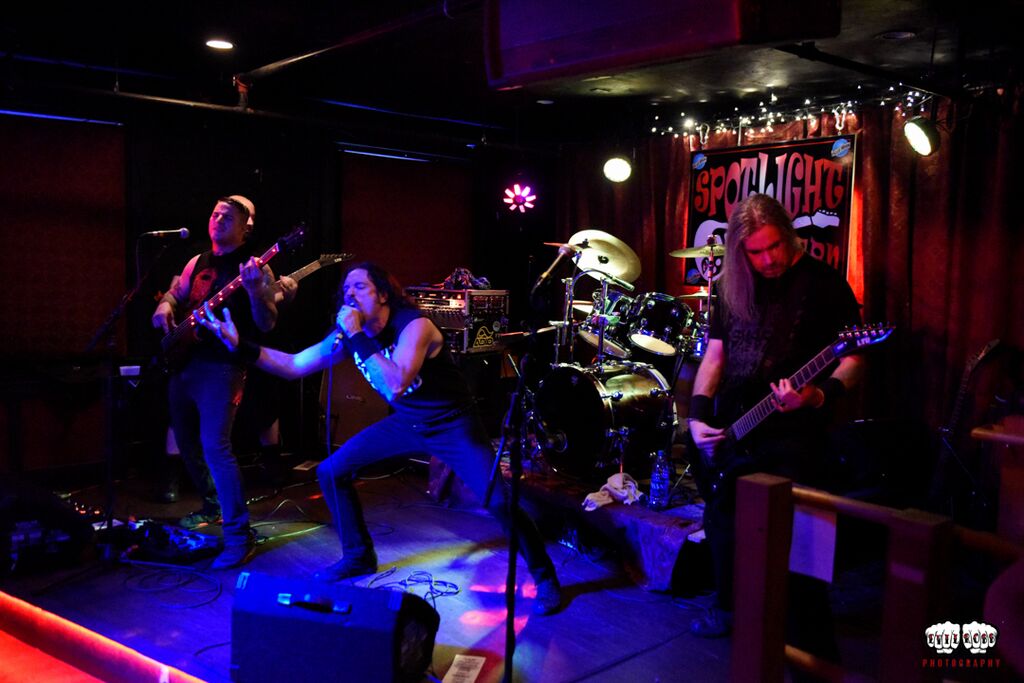 Gathered together to celebrate Swarm of Eyes frontman Randy’s birthday, the three bands were the ones to give New England metal fans the gift of face-melting metal that keeps on giving until you are a pummeled pile of gelatinous goo, ready to be scraped off the floor and reconstituted to bang your head into oblivion all over again.

Hyperbole aside, the show wasn’t just a celebration of metal and Randy’s Wookie Name Day. It also celebrated the Stateside return of Glenn Mitchell of Isolated Antagonist. A member of the Army Reserves, Glenn had been stationed in Kuwait for quite some time. He recently returned home to his family and friends — and even managed to get in on the singing during part of Swarm of Eyes’ set.

KATET took the stage first, playing a heavy set to whet the appetites of the crowd for their upcoming second album. Misfit cover band 138 followed afterwards, playing a string of Danzig-era classics that the crowd dug like a fresh grave.

Finally, well past Randy’s bedtime at Shady Pines, Swarm of Eyes made their way to the stage, playing a mix of familiar originals, brand new material, and crowd-pleasing covers, such as a brutal redux of Metallica’s “Leper Messiah” and their fan-favorite version of Billy Idol’s “Rebel Yell.”

The birthday boy was resplendent in a shirt bearing the words “Mother Fucking Legend.” A mustachio-less Jeff’s light-up fret game was on fleek. Tommy bashed the drums wearing a hat that would make Dr. Seuss green with envy before removing it to reveal his snazzy new ‘do. Genial George, guitar meister extraordinaire, managed to look angry while grinding out riff after riff after riff. And the ever-stoic Derrik met him note-for-punishing-note, scowling up a storm and loving every last minute of it.

In case you missed the event, check out the setlist below.

Yes, a good time was had by all. Stay tuned for more news on Swarm of Eyes’ upcoming mini weekend warrior jaunt — coming to burn down an Eastern seaboard joint near you this October!

Click on thumbnails from the gallery below to see photos from the event. (All photos courtesy Evil Robb Photography) 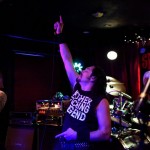 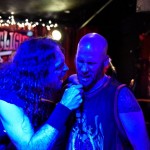 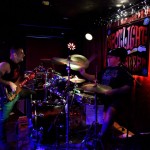 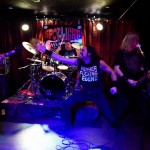 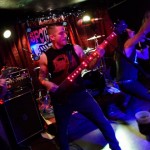 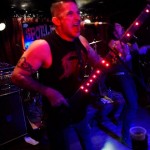 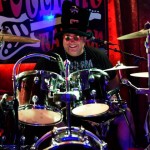 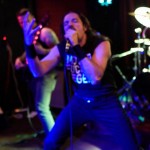 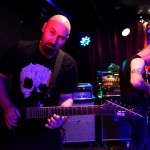 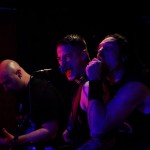 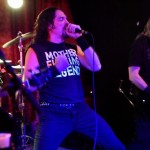 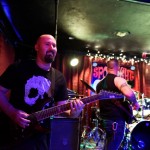 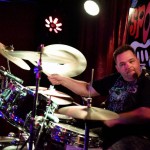 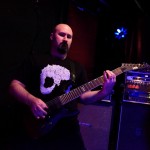 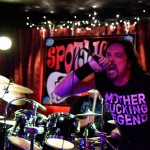 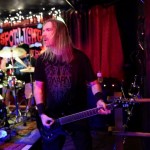 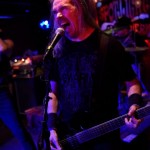