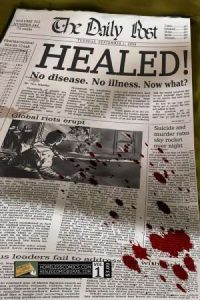 George and Griffin have recently completed Issue #3 of HEALED, which will be making its debut at the Boston Comic Con on April 30th and May 1st. Swarmies who have already hopped aboard the HEALED fan wagon can stop by their booth – AA113 – on either day to get any copies they may have signed or pick up the brand, spankin’ new third installment of HEALED. While you’re there, bring your copies of Swarm of Eyes debut, Designing the Dystopia for George to sign, too! Hell! Griffin might even sign your copy, too, and he isn’t even in the band!

Even if you aren’t planning on attending the Boston Comic Con, fear not, metal and comic book fans! George will be promoting HEALED all over the East coast. Check below for more dates as to where you can meet him and get your stuff signed: 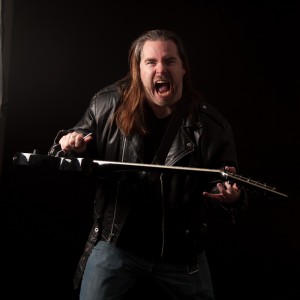 Which guy will be at a Comic Con near you? THIS GUY!!!